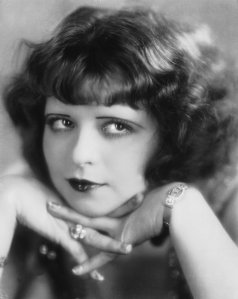 Have you ever thought about these “soft focus” lenses that are out there? Ever wondered why anyone would want them in this modern age of digital post processing? Do you need one? Well, the answers may surprise you.

First let’s travel back to the 1930s and 40s when America was at the height of Hollywood Glamour. Back in those days one of the tools for making that soft and glowing glamour look was to use Vaseline on a clear glass filter. The Photographer could manipulate the layer to be thick on the perimeter and less so or even none on the face. This was done in an era where film had to be processed and printed largely by hand and took time. Getting it right with a technique that was at best only somewhat consistent required someone who was rather adept at the skill of prepping the lens for the glam shots.

As time marched on the filter companies began producing soft effect filters such as a ‘diffuser’, ‘softener’, ‘duto’, ‘centerspot’ and many more. These and others developed a following and many a page was written about the differences in the various types and why one is better than the other. There are notable differences in the way the various filters achieve a soft effect. The one key problem was having the effect isolated to specific areas. For example having tack sharp eyes and lips but a soft look everywhere else.

In the modern age of Photoshop, we can do some nice dreamy effects and can even imitate some of the style used over the years. But doing it right means taking a fair amount of time in post to pull it off. So enter the soft focus lens. I have two of them, the Canon FD 85mm f/2.8 Soft Focus and the slighter newer Canon EF 135mm f/2.8 Soft Focus. The former is an ideal portrait length for full frame waist up or even head and shoulders. A tight head shot might require getting uncomfortably close to the model. The latter gives a step or two more room when doing head shots. My personal feelings on this type of shot are that they are ideally suited for the glamour “close-up” shot. In that case the EF 135mm has an edge.

Read the rest of the story here…

via New EOS M3 not for North America.